When I was a child I met my first beehive. It was a monstrous colony inside a glass observation box at a local science museum. For ages I searched the vibrating mass for the Queen and though I never spotted her, I met the whole of her when I pressed myself to the hive in a hug and heard the hum within the colony. I was a child, and this was pre-varroa and before the almond industry, CCD and industrial agriculture/GMO and such, so this hive was a thriving, healthy colony whom I met at the apex of apiculture (beekeeping).

Her roar was warm and hopeful. When I pressed the side of my face to the glass it was as if a key opened a door into my heart, planted a seed there and my life began to formulate around their codes. Naturally I did not know this at the time, but as I reflect upon this moment and the sudden rush of innocent tears it evoked I now know this to be a spiritual communication that formed the interior mission within my budding womanhood. I knew in that moment that someday I would be a beekeeper. To this day, I count their song as the most important element of the hive’s gifts.

Before I began to work and pray alongside the bees, I thought animal communication would mean that they would actually speak to me. They would make eye-contact and I would hear their voice in my head. A few years ago, this is what happened with my cat. I nursed him back from death with spoonfuls of tuna water and when he could finally walk again he found his way to my chest and purred and bumped me and looked deep into my eyes and a sudden, unbidden voice said “thank you” to me. I recognised it as my cat and was moved to tears and gratitude.

Corwin Bell has shared his version of communication with bees and I have also developed my work along this vein. He describes a subtle body, an energetic body that surrounds a hive. It is perhaps 12 to 20 feet across. This feels just about right to me. He teaches that we approach slowly and allow our energetic bodies to meet and then sort of paint our intentions on the meeting point, like a projector casts a movie on the wall, to begin contact.

I usually begin my time with bees with a five-senses meditation in which I also spend time observing my own chakras, energy bodies and senses beyond senses. In this way, I ground and clear my field of expectation, stress and self/ego as best I can.

I have found communicating with bees to be a profound experience. Full of Mystery and yet as simple as sitting still. The sound alone is able to produce effects within the human that alter our brain waves. So simply listening to the living hive can awaken important intuitive parts of the brain. The experience is widely reported as enhancing dreamtime and environmental awareness.

I will always ask permission before speaking with a hive, this is my way. Sometimes they even hit me with a “no!” Which I always honour. Sometimes they give me quick and profound messages which have literally helped develop complex concepts such as the lemniscate (infinity symbol) of life and death. Sometimes they simply sing their name over and over!

Sometimes I ask a question as to their health, but the very best question I believe one can ask is: “sweet hive, if you have the time, would you tell me about yourself?”

When I first began to sit with bees I found it easy to personify her body. I saw her box as the body and the moving being within her, the brain, organs, womb. I saw her as a being, perhaps with my own human-centricity, only able to perceive her as a reflection of my own kind of body. I found personification of the hive a relatable place to start in the comprehension of the complexity of their bee-ing.

When I look at them this way I see monk or nun meditating day in and out on the process of creation. Each single bee flies into the world, as individual elements of the hive brain, collecting genetic information, bringing home a poetry of samples, a record of her world. I began to see each bee, who literally carries one dendrite of the hive brain (and womb, one in the same) as an observable metaphor for our own human consciousness.

Sitting with the bee and allowing myself to bear witness to them in a bee-centric way has helped me meet parts of myself. Studying the flow of intuition, observing my thoughts flitting from thing to thing like a bee does from flower to flower, observing what I bring home to the honey of my heart, collecting the treasures from an internal or spiritual landscape. I began to perceive the invisible aspect of my own consciousness. Through simple observation I have found that she is available to teach people to awaken a similar ability within ourselves. Perhaps seeing her as one-being-with-many-parts in order to comprehend her, we are invited to gain the wisdom of our own ability to read our environment, collect wisdoms and bring home the parts of the ethereal world that enrich us, like honey for the winter, pollen for the babes.

It is that simple, and that experiential.

For some time, this sort of structure worked for my communication. I began to receive simple messages from bees, like how to deal with mites (“bite them!”) and a dream where the bees flew with me and invited me into their porch where I joyfully landed with a six-legged strut and a click of my abdomen on the porch. (Incidentally feeling a JOYOUSness of union and excitement of service as my dream-bee-self approached the dark opening of the hive!)

Had I “tapped in” to their perception? Had they begun to enter my dreams as I was learning how they see the world and share with me their incredible energy and world-view? How else would I know this, so viscerally, so lucidly? I saw the bee as a dendrite of the hive mind and was able to receive messages, like a smooth electrical current feeding my own understanding of the bee. In a bee-centric sense, connecting through the single bee, a dendrite impulse jumping the species line, into my own mind. A different type of language. A type of language created by the super-organism consciousness of the bee! I understand that the brain of a super-consciousness is somehow connected, beyond the earth plane of sacrifice and loyalty of service. Is it that easy? Can communication be that clear, albeit etheric?

These types of insights have completely transformed my understanding of the bees. These experiences, perhaps like the cosmological roadmap of the ancient beekeeping cultures of our ancestors, has led me to the edge of deeper discoveries.

Allow me to describe one notable series of experiences with a beautiful log hive in my apiary (apiary: area with managed bee hives). The bees were housed in a curvy willow tree, lustrous with propolis (a substance the bees collect from trees and line their hives with) and the rich smell of honey. I sat with them and asked her if she would tell me about herself. I immediately got a complete visual of a girl sitting by a pond trailing her finger in the water. As I saw this I heard: “I am Dreaming Girl and may or may not have things to say.” I made note of it and the next time I “heard” from her I was sitting between two hives at Cluny Hall in Forres, Scotland. I had a vision of the deva there who, with a sweep of his hand showed me Dreaming Girl and made a stopping motion with his hand repeatedly until I really noticed it. When I came home to my apiary, Dreaming Girl had passed. As I realised she had gone it came to me that the bees were already dying when I met them and that they perceive death to be entering a dream.

I had another hive, a beautiful huge colony in a locust tree named Spirit Hive and I asked her to tell me more about the meaning of Dreaming Girl’s message. Spirit Hive showed me how the bee flies to the stars and circulates in and out of earth existence and perceive themselves as one entity throughout time and space, since the first bee. They showed me themselves as one body, not only made of many parts of one colony in a box, but all bees singing the net of creation into the earth, connecting since time began, replicating herself endlessly. Identifying themselves as one super-super-organism throughout time and space, linked together by the threads of themselves moving in and out of their star body.

How did I perceive this? It was like a painting, a dawning comprehension, a reflecting experience of a foreign consciousness… an enlightenment? It became my own understanding.

I feel that the bee, whose name means ”veiled wings”, will lift the veils one by one for the honouring and dedicated. As I sit with her, witness and mirror her process, I am restructuring what it is within myself that relates to the world. The bees have taught me how to connect with myself and life on the level of intuition and by coming into resonance with nature. Not only does her very life process reflect and inform the greatest traditions within world religions (service, humility, the beauty way, the principle of seven generations, cooperation and so on) she shows me that her body itself and how it lives in the world is part of the great singing, eternal song of the planet. A constant concert of life giving music, the humming vibration that casts a weaving mantra around the world. Following the sunlight, singing always wherever there is life. An actual living tidal voice of the land, the earth, the plants, the planet. As the sea sings its song to the moonlight, the earth sings its song to the sun. A symphony of our sister the bee and her infinite variety of buzzing pollinator sister species.

I believe when we encounter the bee, we are meeting a being whose main focus is on creation itself and learning even just a tiny bit about her contains wisdom that one can nurse for days, weeks, forever.

Elderberry is Giving Us Gifts 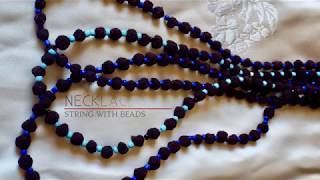 Make a Rose Bead Mala with the College of the Melissae

When we are done with the fighting

Courtney on a Podcast!

Elderberry is Giving Us Gifts