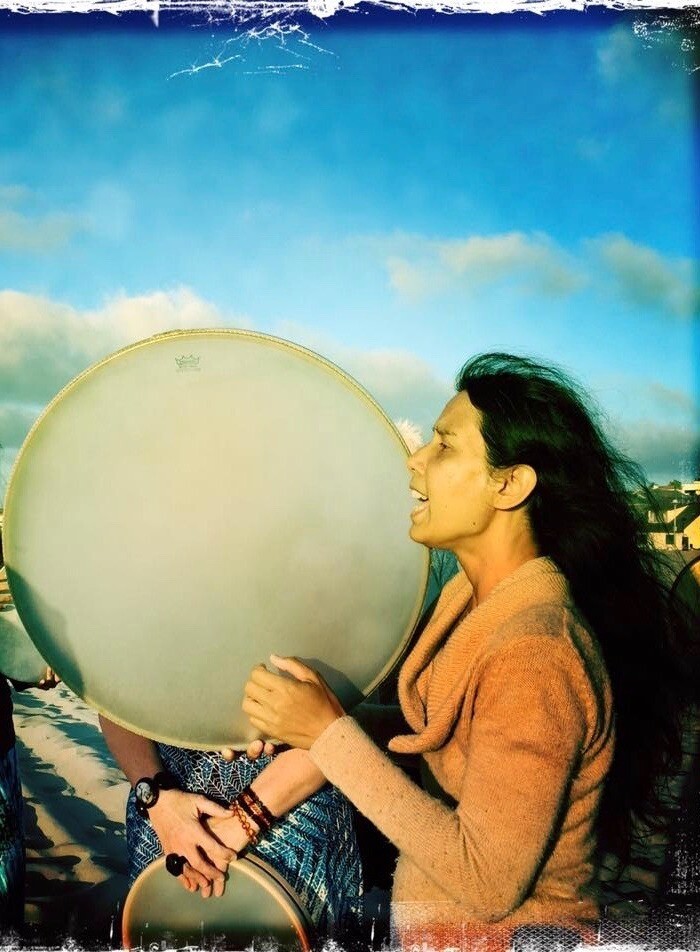 Ancient Drums of the Melissae: A Sacred Tool Reclaimed in Modern Times

Layne Redmond, a pioneer in the world of frame drumming through her work and book, When the Drummers Were the Women, has inspired thousands to drum. The women frame drummers of ancient times were priestesses in service to a goddess, and were referred to as melissae, which means “bee” in Greek. They held all life sacred, and the drum was central to their religious functions.

One of many who have reclaimed this drum as a sacred tool, Miranda Rondeau will share her journey with the drum. Her presentation will be partially participatory. You are invited to drum and sing along.

Miranda Rondeau is an internationally recognized devotional singer, musician, and frame drum artist. She has been teaching the craft since 1999, as encouraged by her late teacher Layne Redmond, author of the seminal book, When the Drummers Were Women. Miranda has created and teaches a repertoire of frame drum circle songs as a way of sacred remembrance. She performs in a ceremonial context, playing for rites of passage and communal bonding, as well as hosts “The Frame Drum and Beeloved Portal,” an online collaboration that highlights drumming and bees. She also created and maintains the online presence for “Women Frame Drumming,” dedicated to Layne Redmond.

CREATING CULTURE FOR AN INSPIRED FUTURE

Inspired by the scholarship and leadership of

the Melissae (ancient bee priestesses and oracles), we invite you to

insights, visions, and dreams for a new tomorrow.

During this yearlong online series, we meander through a labyrinth

— the pillars that comprise the College of the Melissae.

Amid troubled times, together we ask: Who are we?

Where did we come from? And how can we recreate our cosmology?